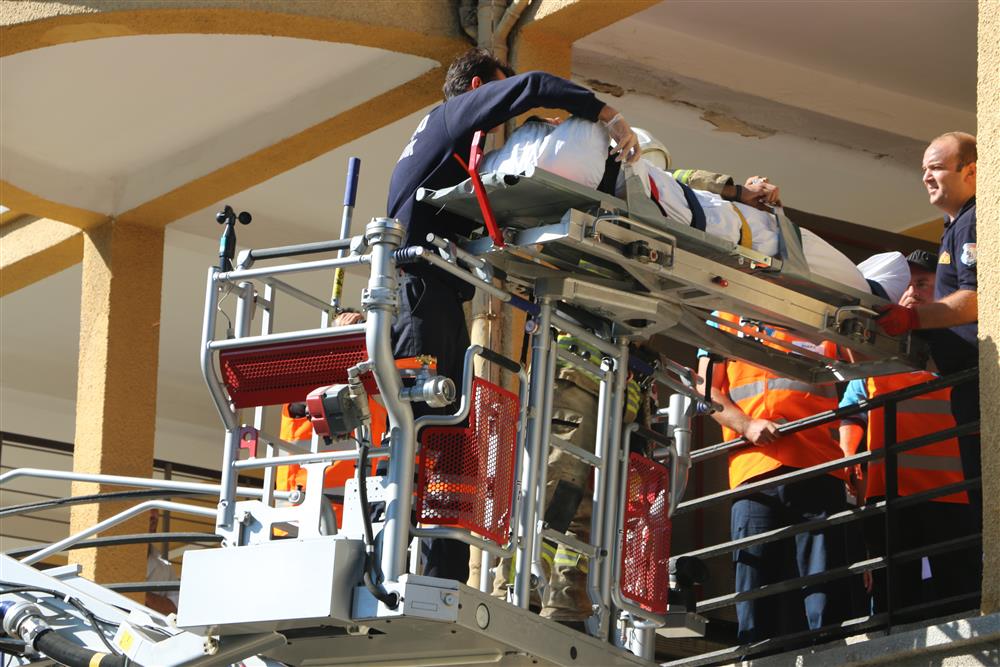 Izmir, Turkey. In October 2017, Dr. Suat Seren Chest & Thoracic Surgery Education Research Hospital organised a massive fire drills whereby they were using evacuation equipment for their bedridden patients. To make sure that all staff knew about the new devices, the hospital in Izmir installed them on the bedframes prior to the start of the drill.

The Izmir Fire Department was in charge of the fire drill. Before the fire drill started, the entire staff, firefighters and volunteers were briefed about the scenario. A nurse had to start the evacuation after pressing the alarm button, after she found out that there was a fire on one of the departments.

After raising the alarm, a part of the personnel started to ‘rescue’ the most vulnerable patients inside the hospital. They started with the evacuation of the bedbound patients. Both hospital staff and the fire fighters were able to use evacuation devices to make sure that everyone could be brought to a safety zone in a matter of minutes.  It was the first time that this hospital in Izmir was using the S-CAPEPOD, an evacuation sheet, for its bedridden patients. According to the hospital staff and the fire fighters, the evacuation went faster than before when they can use this kind of device.

Security manager Ahmet Öztürk reported on what he had learned and seen on that day: “We were using a special device for the evacuation of bedridden patient, it was the so-called S-CAPEPOD. It can be used by one person and makes the evacuation process faster and easier. This system cocoons the patient on the mattress including the blankets. Another advantage is that the device has a fire retardant function.

You can check out the photos from the fire drill below: 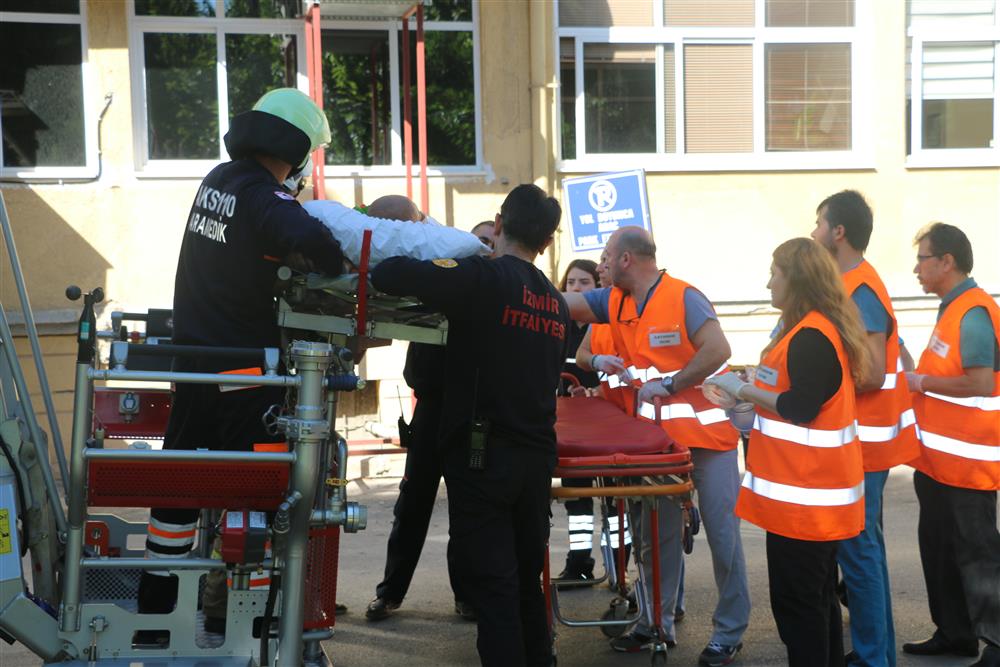 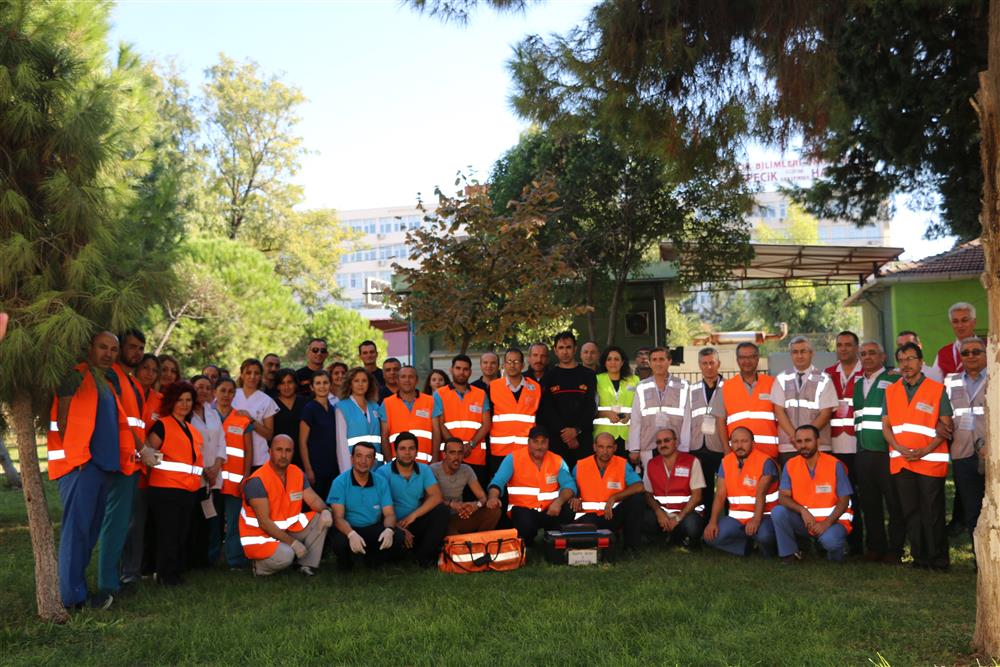 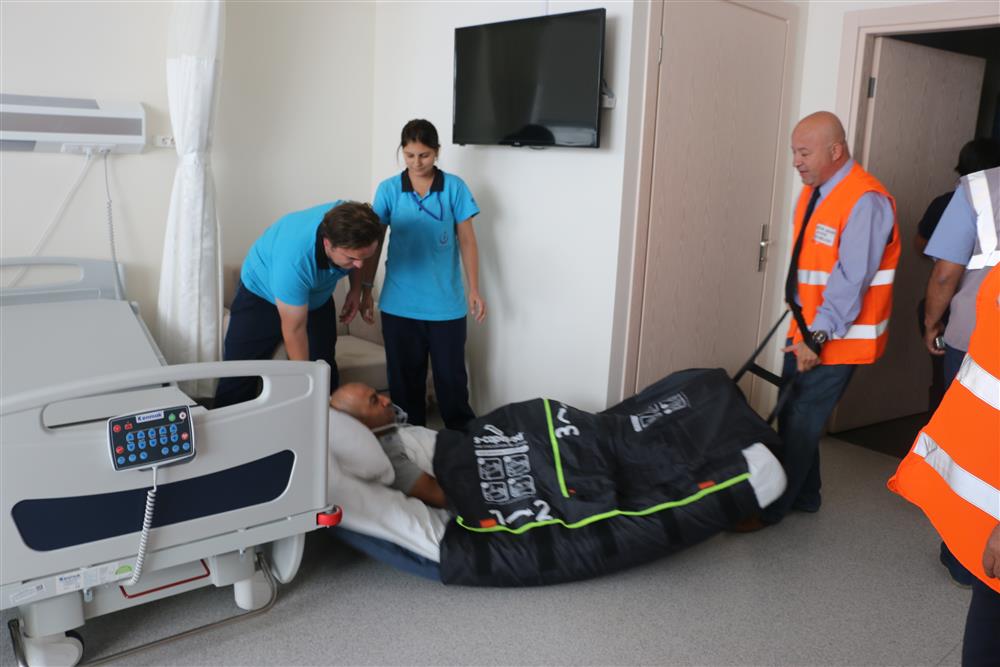 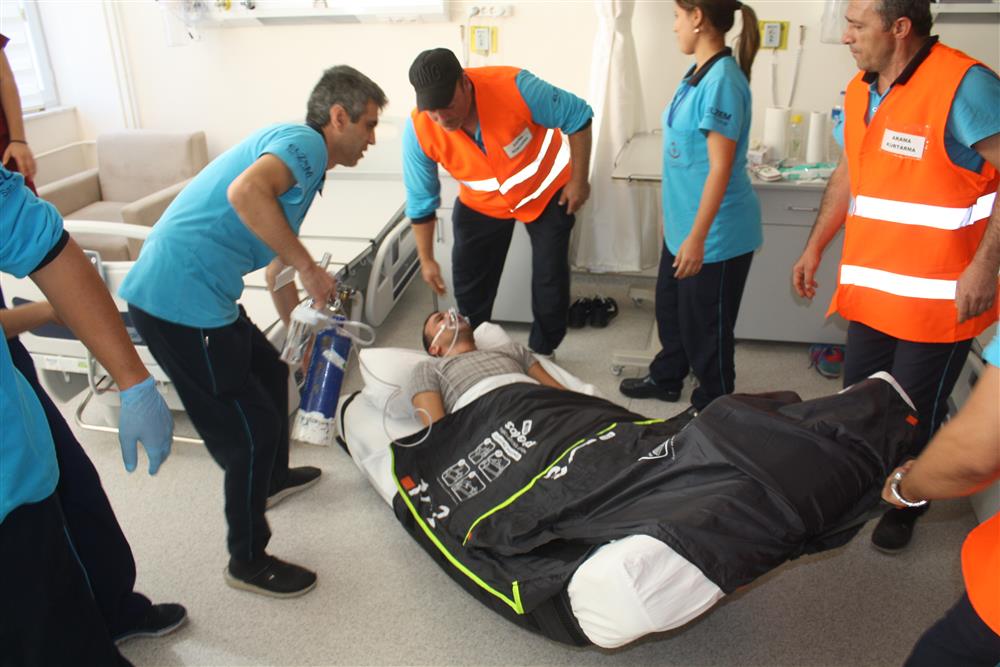