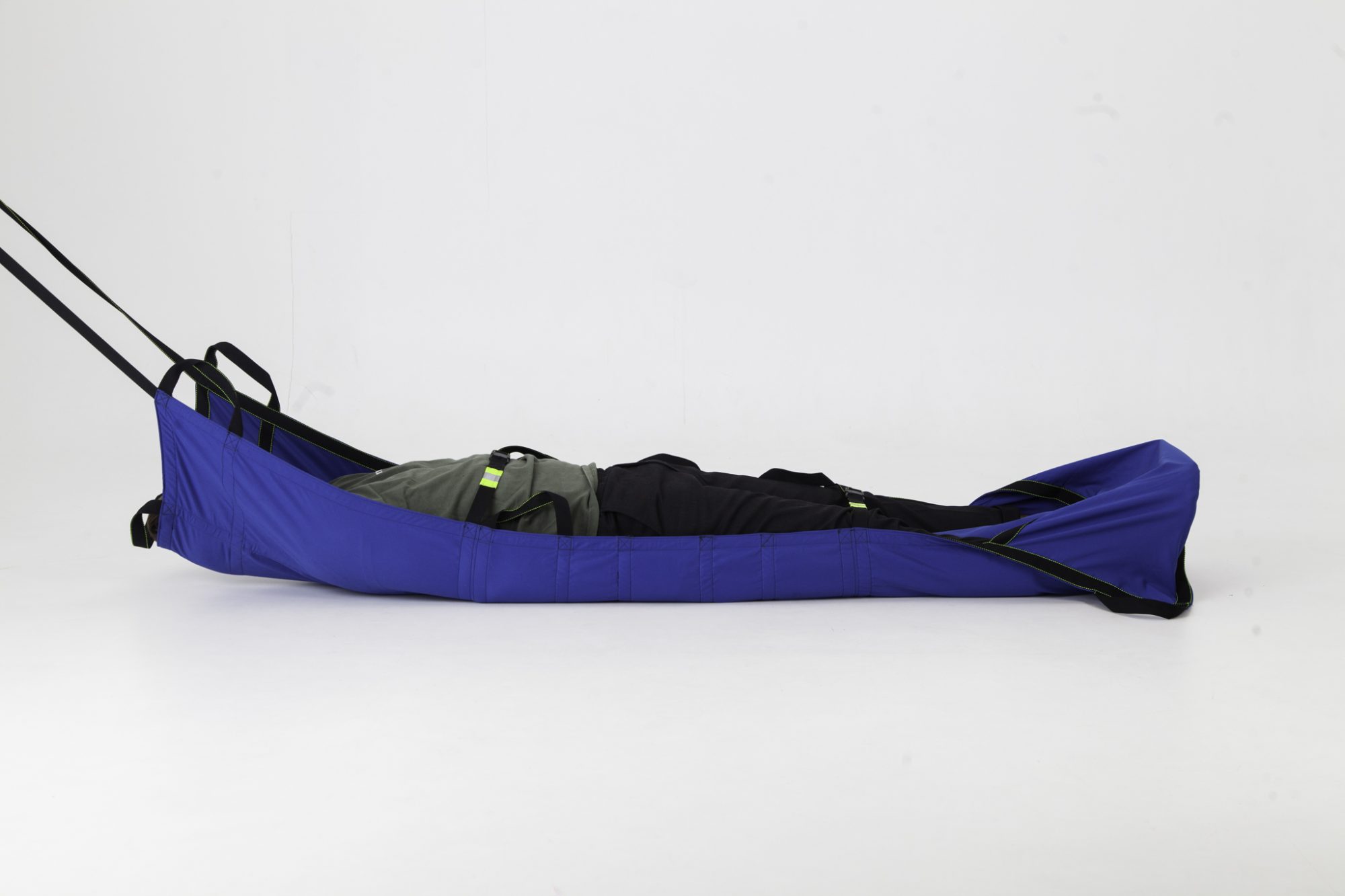 It all started with a Dutch firefighting service in the summer of 2018. They had faced serious problems with evacuating unconscious individuals during house fires, especially when these victims suffered from thermal burns. As a result of these thermal burns, the victim’s skin would become extremely weak. The fire commander brought up the biggest issue with evacuating someone with thermal burns:

‘When time is critical, you need to move quickly, so you grab the victim by the arms or legs and drag him / her to safety. The big problem is that you have no hold on a skin with thermal burns. It sounds cruel, but you rip off the skin when we quickly had to evacuate the person. We are literally skinning someone alive, which causes extreme injuries to the victim. Besides that, we lose a lot of precious time, because this is extremely heavy.’

This fire fighting service was desperately in need for of a solid rescue solution. Riot police and rescue professionals, both in domestic emergencies and terrorist attacks, also face difficulties when transferring victims from a rough terrain. Evacuation Mattresses are often too big for the fire trucks, making them hard to keep handy during an intervention by fire fighters or other rescue professionals.

Retmex changes this. Retmex can help firefighters and rescue professionals to minimise the issues during a critical rescue job. The Retmex Rescue Sheets are designed to make it easier to effectively transfer victims with less effort then before. Whether responding to a forest, mine, national park, tight space, house fire, or any other rough areas,

Retmex allows rescue workers to safely and quickly carry victims out of the area.

Retmex leaves no one behind. Now, it’s your turn.

Next post
The new video of 2020 is here: Leave No One Behind