Eleven fires in less than a year in Romanian hospitals 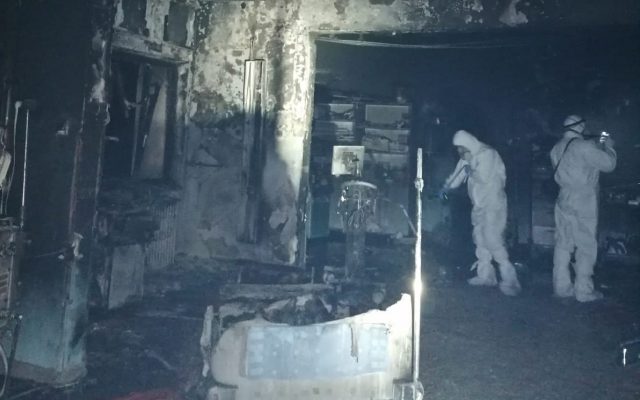 Eleven fires in less than a year in Romanian hospitals. The biggest tragedies were in ICU wards treating COVID patients.

Within less than a year, several fires have occurred in Romanian hospitals treating patients with COVID. This happened mainly during the peak of epidemic waves when wards are full. Following the tragedy in Piatra Neamt, when ten people died in a fire in the ICU last November, in January four patients died in a fire at the “Matei Balș” Institute in the capital.

Although there was no fire, three patients died in the mobile ICU unit at the “Victor Babeș” hospital in Bucharest. This happened after the oxygen installation failed.

Here’s an overview of hospital fires that happened in the last 12 months:

November 11, 2021 – A fire occurred at the Covid Movila Support Hospital in Ploiesti. Two patients died. The fire occurred in a ward on the ground floor of the building.

October 1, 2021 – A fire broke out at the ICU ward of the Infectious Diseases Hospital in Constanta. Nine people died.

April 21, 2021 – A fire broke out at the Psychiatric Ward of the County Hospital in Slatina. The fire broke out in the hospital’s isolation ward, on the ground floor and first floor. Thirty-six people were evacuated. Six of whom were smoke intoxicated and transported to the Emergency Unit.

March 8, 2021 – A fire broke out at the Psychiatric Hospital in Craiova. Eighteen patients and five medical staff evacuated themselves. Another patient was taken out by firefighters. Three medical staff were taken to hospital with fractures after jumping out of windows.

February 21, 2021 – Dozens of firefighting crews intervened at the “Marius Nasta” Institute. A fire was reported at a mobile ICU unit located in a truck. The Ministry of Health informed that there were no casualties.

January 29, 2021 – A fire broke out around 5.00 am at the “Matei Balș” Institute in the capital. 102 patients with COVID-19 were evacuated. The fire was extinguished by firefighters. Three people were found carbonised, and a fourth died although resuscitation was attempted.

January 5, 2021 – A Chemical, Biological, Radiological and Nuclear (CBRN) intervention team of local fire brigade ISU Timiș intervened at the Psychiatric Hospital in Gătaia. This happened after a fire broke out in a ward of a COVID support ward. According to ISU Timiș, a mattress in a ward caught fire and two people were evacuated. There were no intoxications or medical problems.

January 2, 2021 – A fire broke out at the Psychiatric Ward of Roman Municipal Hospital, Neamt County. Two patients and two medical staff had to be transported to the Emergency Room after suffering mild carbon monoxide poisoning. Nearly fifty firefighters intervened with sixteen fire engines to extinguish the fire and evacuate the patients.

December 25, 2020 – A fire in which one patient died occurred at the men’s ward of Socola Psychiatric Hospital Iasi.

November 14, 2020 – Ten people died following a fire at the Anesthesia Intensive Care Unit of the Piatra-Neamt Emergency County Hospital. The fire manifested itself with open flames and large smoke release and the Red Intervention Plan was activated. The doctor on duty in the ICU ward suffered 2nd and 3rd degree burns on about 80% of the body surface.

As a result of these incidents, we’ve worked with Tetcon’s distributor in Romania to introduce Evacuation Equipment to hospitals. Here you can see a trial of the S-CAPEPOD Evacuation Sheet (Standard Model) inside an ICU ward. 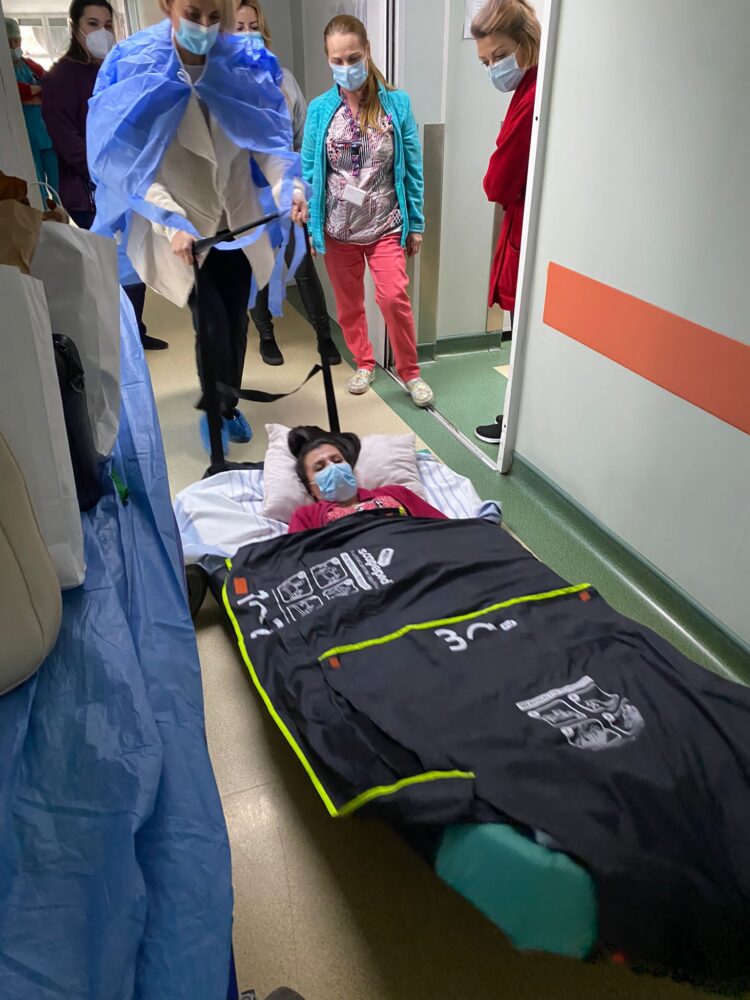 If you want to discover more Evacuation Sheets or other Evacuation Equipment, please do get in touch with us via email or phone.

If you are based in Romania and are interested to install evacuation equipment inside your facility, Tetcon can bring you in contact with a sales point near you.

Previous post
A man's life was saved with Evacuation Mattress during apartment fire in Zagreb, Croatia