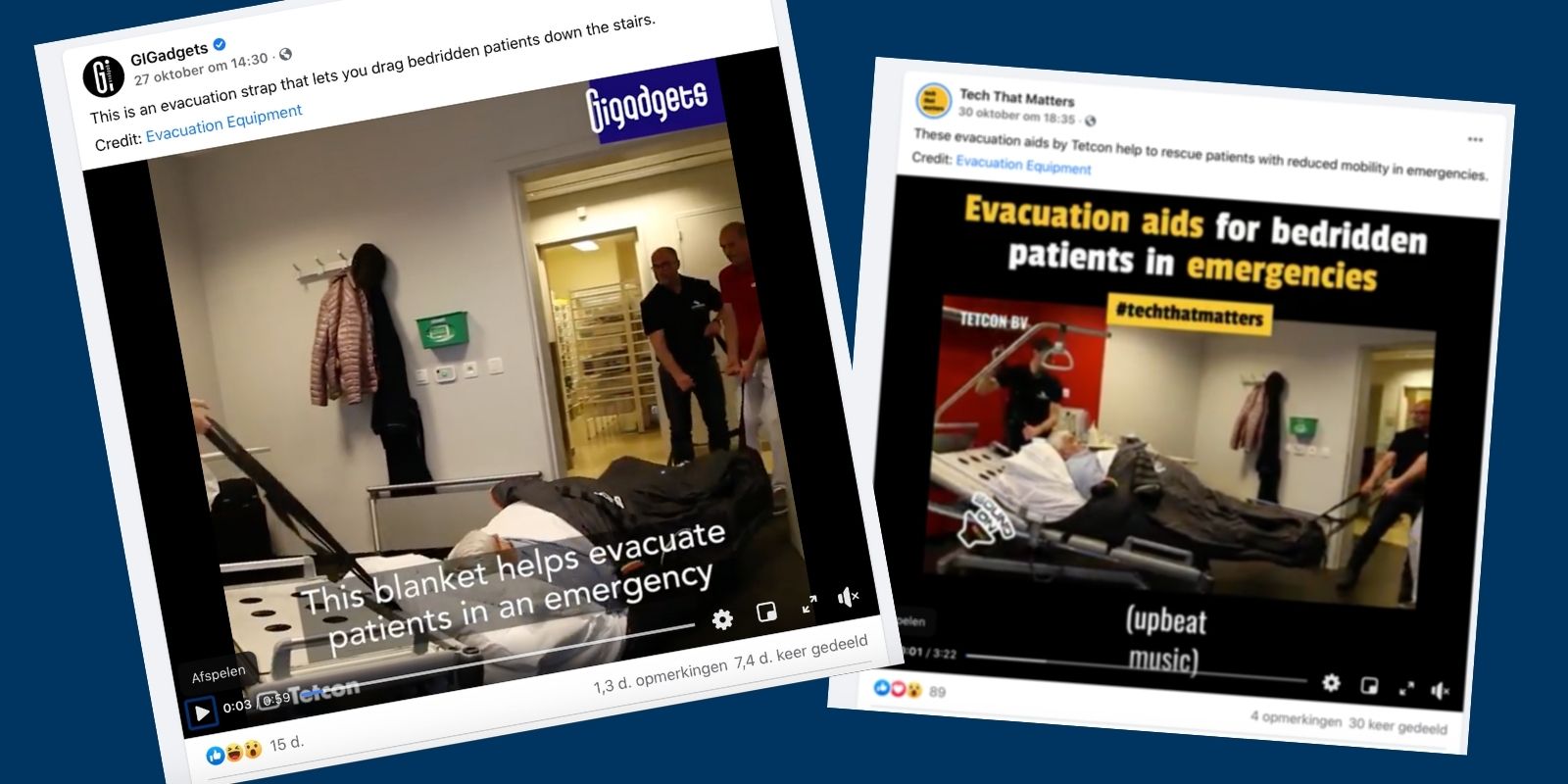 GIGadgets and Tech That Matters are social content platforms with a focus on technology. They cover technology and everything that comes with it. Throughout the day, technology videos are shared on the social media channels  that can have a positive impact on people’s lives. These videos vary from ergonomic chairs to innovative kitchen utensils and from flying cars to evacuation aids. The impact of these videos is enormous. They are viewed millions of times and liked and shared tens of thousands of times. Social media users worldwide are glued to their screens when GIGadgets and Tech That Matters publish a new video. Recently, both channels contacted us to ask if they could use the content from Tetcon’s YouTube channel for a compilation video. Permission was given and the video was published on October 27, 2020. The video has now been viewed more than one million times and shared thousands of times. To discuss the video and the impact of such a video – we talked to Bob Hezemans from Tetcon.

What’s the impact of such a video?

“The great thing about these kinds of videos is that you feel the power of social media. You receive positive and negative messages. The positive messages are often from people who are genuinely interested in the equipment. That’s great, because people come to you from all over the world. You can also get a lot of learning moments from the negative messages. So it is actually a win-win.”

What was your response when you saw the video going viral?

“To be honest, we had completely forgotten that we had given permission to an external party to use our content. Suddenly we received a notification in our social media account that we had been mentioned by GIGadgets. That is always a good moment because you see the figures increase enormously every hour. The audiences of Tech That Matters and GIGadgets are huge, so many people watch their content. The fact that such a platform is able to generate so many reactions with our videos is of course super cool. “

Which products were featured in the video?

What about the part of the evacuation mattress behind the car?

“This was part of an extensive test to test the strength and durability of a new material. We launched a Premium evacuation mattress in 2017, using an advanced material called Dyneema®. Dyneema® is known as the world’s strongest fiber. To test the strength of the material and therefore the evacuation mattress, we decided to push the product to extremes. “We tucked the mattress behind a Land Rover and drove around on rough concrete. The mattress didn’t break, so the mission was accomplished. ”

On social media a lot is said about the ‘behind the car’ scene – what can you say about that?

“In the videos, it now seems as if we are promoting or encouraging this way of use. This is absolutely not the case. It is 100% not recommended to use one of our evacuation mattresses in this way. It was part of a test and it always will be. We have also contacted the platforms to ask them to explicitly mention this in order to prevent dangerous situations.”